The Bugatti Race at Goodwood March 2014

The Bugatti Race at Goodwood on the 29th of March was the feature race of the GRRDC, and a real spectacle. Allot of work behind the scene took place to bring together a varied selection of cars for the race. Tula prepared two T35b’s, a T35 on carbs, a Brescia and two T59’s. It was an exciting weekend of racing once again at Goodwood all down to Lord March and his team of artists.

All of our customer cars came home and to top that we won the race outright too. Nick Mason had asked me to drive his super fast T35b. It shook my eye balls down the back straight and apart from several slow laps behind the safety car it was an out of this world experience. Thank you Nick. 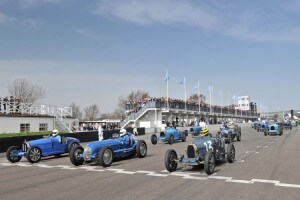 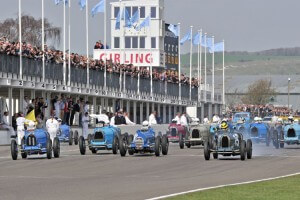 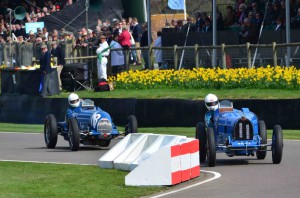 Being chased down by Tom Dark on the T50b 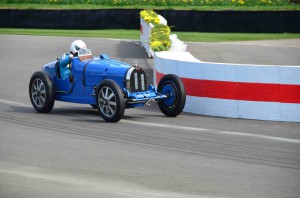 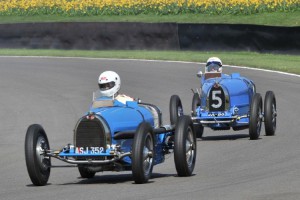 Rupert Marks T59 a Tula Built car, with Jab 8 behind. This T35 was the first Bugatti CKJ re built 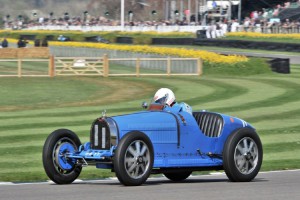 CKJ on the last lap 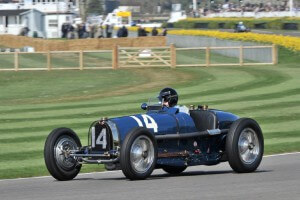 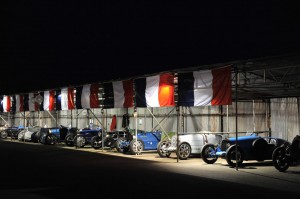 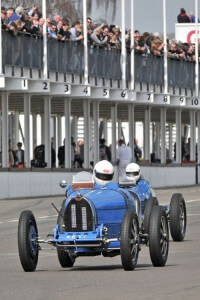