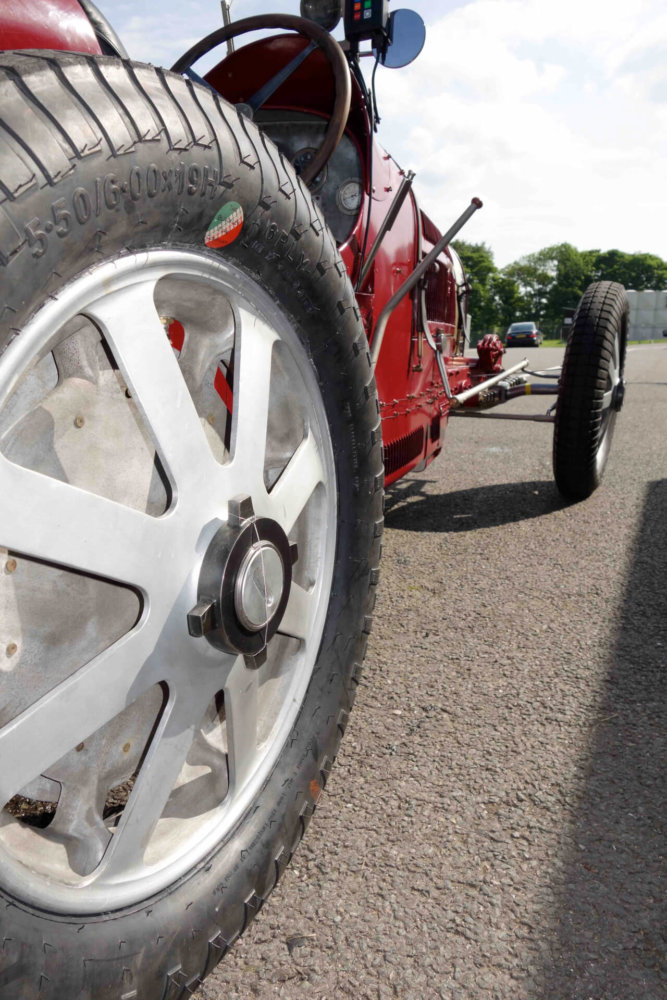 This car has a long and interesting history. We received the original chassis and much more from Bugatti chassis no. 51138 and have built the car up over the last three years. There are a huge number of pointers that lead us and several experts in the field to agree its provenance. It ran this year, 2014, for the first time in 40years,  in the Williams trophy race at Cadwell Park coming third to its sister car which won the race. The practice session the day before the race was the first time the car had run and was a good shake down but not without some adjustments. Running on Methanol was a good start but the heavy steering and a slight leek from a fuel filler cap prevented any direct challenge to the two cars in front. 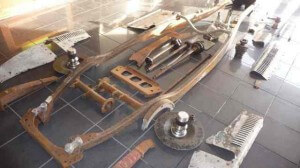 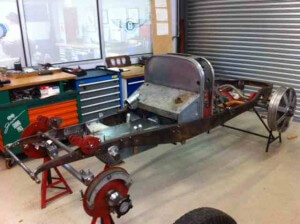 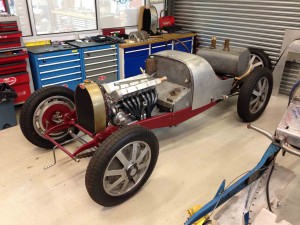 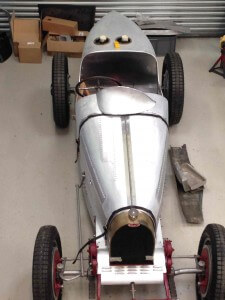 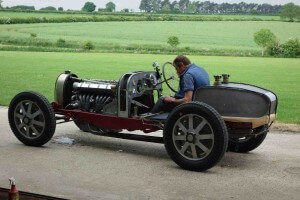 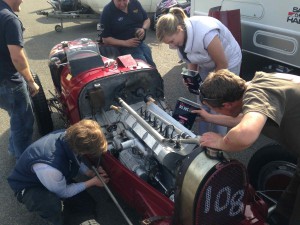 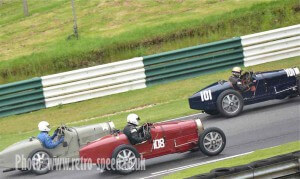 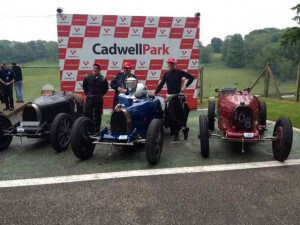 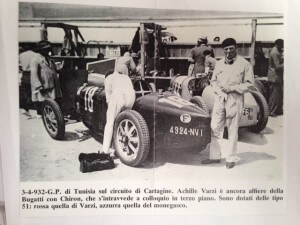 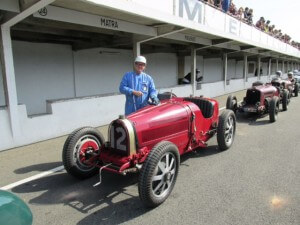 Chris at Montlhery in June