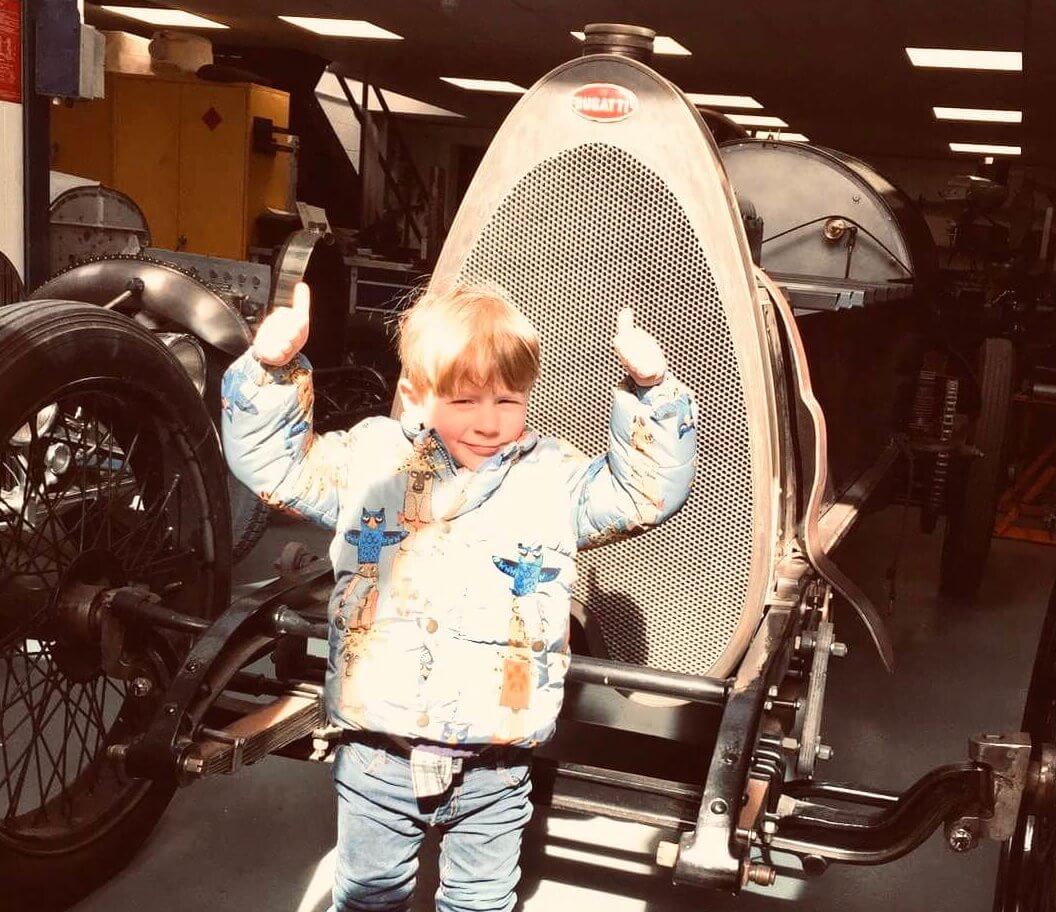 Much has been written about this fabulous chain drive aero engine car in recent Bugantics and Bugatti Trust publications.  If you are interested I urge you to dig these out. Needless to say this one off Bugatti designed aero engine manufactured by Diatto has stood for far too long without being run. Conceived during WW1 to power a trans Atlantic aeroplane, Tula have been tasked to change that, and we are well into a full reassembly of the up and down and round and round components. The motor managed over 50hrs of test bed running of the 80hrs that the American aviation authorities required to certificate it for flight.

The engine was designed as a pusher with the propeller at the rear driven from a reduction shaft that ran parallel to the crank shaft of cage less ball bearings. An original Bugatti Royale clutch mechanism has been sourced to link the engine to the gearbox and operate a period Hispano-Suiza multi plate clutch. The Diatto badged 4 speed gear box drives two huge sprocket shafts and chains to the the rear axle. The famed “Bugatti Hunter” Raffaelie found the engine in the Biscaretti Collection in the 1960s where it had languished for nearing half a century. A short stay at a French Museum with a new owner resulted in an attempt to marry the chassis engine and gearbox into a running car during the late 1990’s. The present owner is keen to see the concept completed and had uncovered a huge amount of history relating Bugatti with Diatto.

The first outing for this 16ltr, 8cyl, 16 valve engined car was planned to be at Montlhery Vintage Revival in May 2021 but this has been cancelled due to the C-19 virus concerns. We are hoping to run the engine before Christmas 2020 and are working on an automotive oil system rather than the aero engine supply. Twin magnetos and two carburettors provide the fuel and spark to ignite the mixture and power this two seater Edwardian monster race open wheeler. 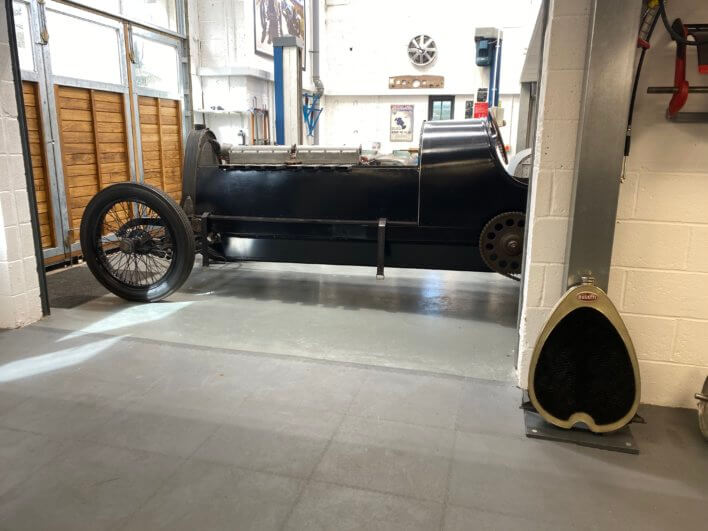 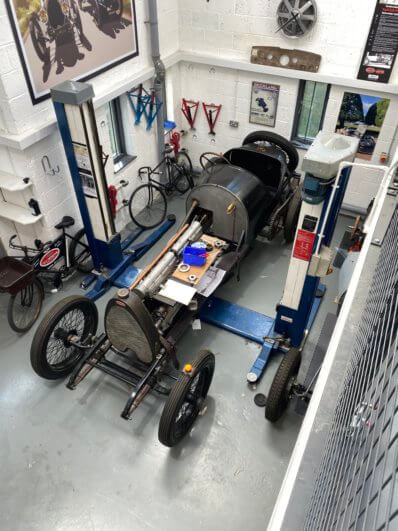 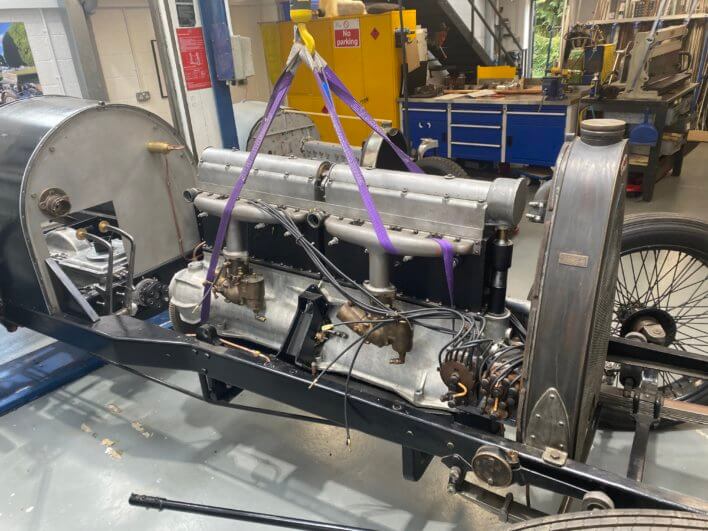 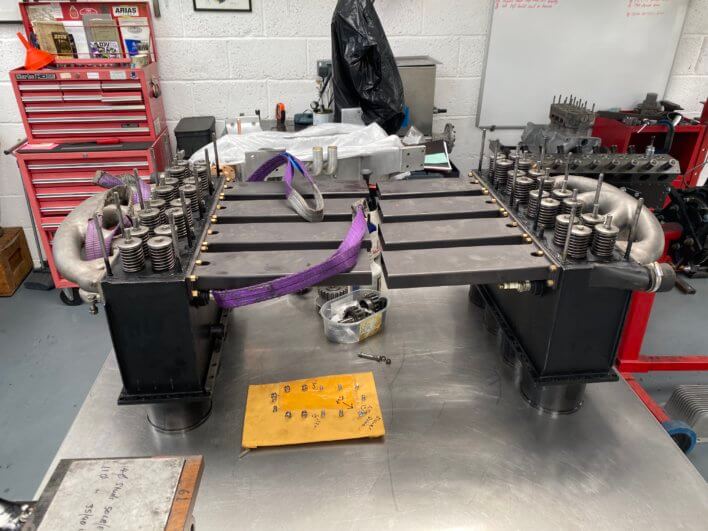 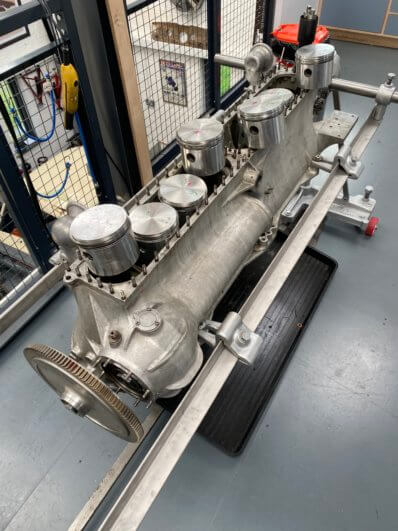 Additional pics of the assembly section by section

View from my bench. Love the snow, think it might

While all my friends and fellow race car were out

Some more entries and the winning Porsche 917...

Today at Hampton Court there was a child’s car c

Saturday was the centenary of the Coupe Des Voitur