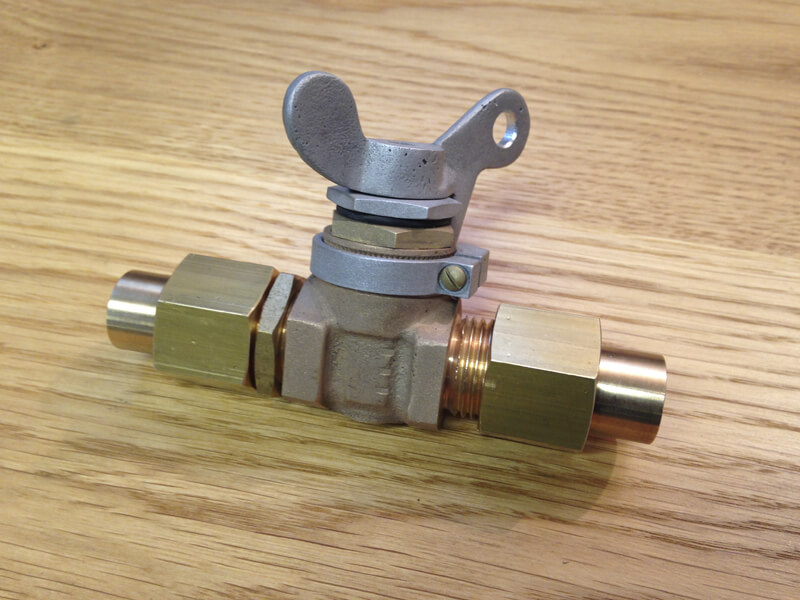 These 1/4 turn fuel taps were aircraft specification and fitted to a lot of late 1920’s racing cars through to 1950’s such as ERA’s, sometimes coming with an integral fuel filter.